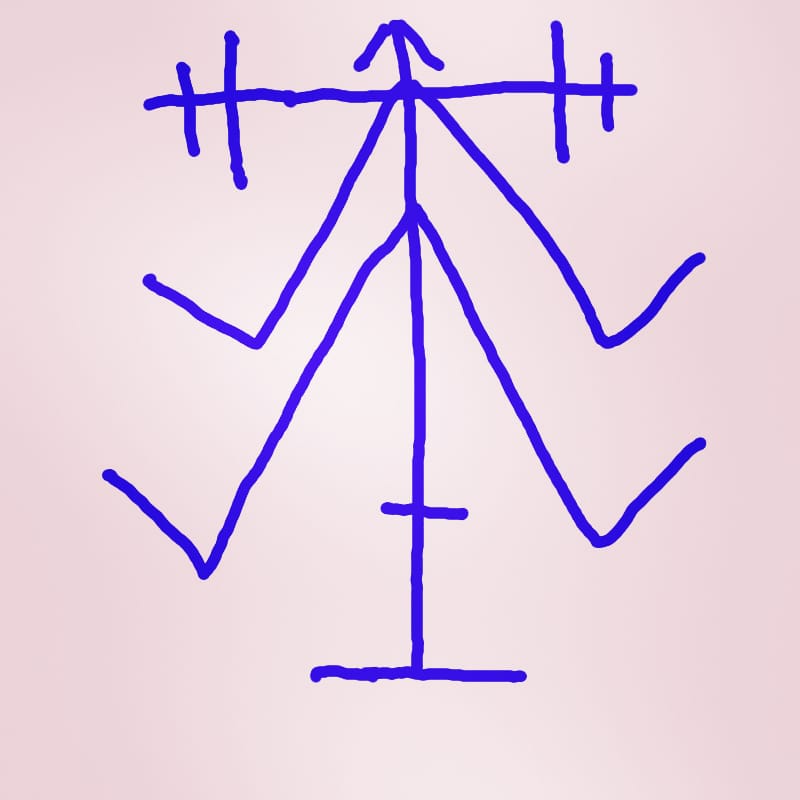 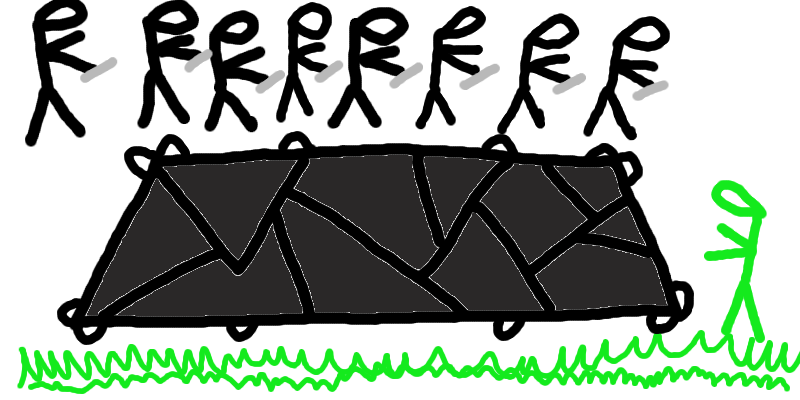 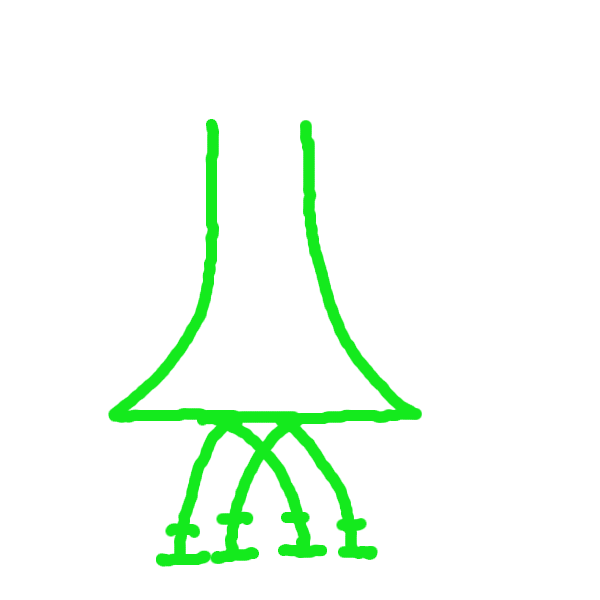 Serious incident during spring and summer 2019

I would like to shortly explain what happened during 2019. I had acute kidney failure and the doctors removed my antipsychotic drug. I had terrible symptoms of this. At the kidney ward my mother heard a hum above the building which proved to be an ARV (alien reproduction vehicle). They carry certain energy weapons that can deteriorate health quickly. I believe my kidneys were targeted with this kind of weapon. When I had recovered I got home and felt great even weeks after being free of the antipsychotic drug. I started on a new drug that seemed to effect my liver very badly so I stopped taking it. I started noticing some kind of energy weapon shooting at my neck creating quick inflammation and damaging it. My compass reacted strongly to the radiation as well as my electronics. My tv and graphics card in my computer died temporarily. As a result of being free of the drugs for a long time I started reaching natural high consciousness and was able to destroy these arvs just through consciousness. I also destroyed many underground bases and vehicles responsible for this radiation. My electronics seemed to have backdoors and was also radiating me. The security police seemed to be aware of this and were trying to protect me. They seemed to possess one of the apartments in the building temporarily. They also seemed to have arranged a lady with a large pickup truck. As my consciousness was rising my mind was also destabilizing quickly. I lost control and I believe the security police called me my but I was to scared to answer. I was rushed to the psychiatric ward with my mother as we could not find any other solution.

At the psychiatric ward the security police tried what they could to get me free but I was in shock. I had to request help from an angelic strike team which responded quickly. It seems I have been long under the radar from these nazis since before birth. We believe they caused the Tjernobyl incident. A nazi agent got into the plant and sabotaged the reactor. I get help and support from the Vatican and Israel. I was at the hospital for several months and the doctor was absolutely terrible. She was very mean. I was released on a very low dosage of the drug. I had pointed out that I was interested in a certain woman I believe worked in one of my favorite store. I told the intelligence services that I wanted her to walk slowly toward my window as I was very threatened. The intelligence services indicated that she was very interested in me my but that I was very passive. I was under severe threat and was not able to think clearly. When I saw her I thought for myself that this was going to be my wife. I recognized her somehow certainly from long back. I have been incarnated really many times and have some great incarnations I am really proud of. I started reaching higher consciousness again and what happened was absolutely terrible. I started destroying more ARVs but suddenly there came more and more ARVs, some really big that started attacking people on the ground. It looked like a false flag alien attack. Luckily aliens came and started fighting back the ARVs. People started panicking. Even the children started dying. The security police had a strong presence here. I told them I wanted to have intimate relations with the lady and it seems she came up during the night. When I panicked I had a strong feeling she had been up here and had intimate relations with me. The reptilians had ground forces fighting back nazi ground forces. At the end there came some kind of ancient technology device that reversed the killing and destruction. The army came and arrested a nazi ARV crew that had been cuffed.

Satan came and I showed him all the drugs all the sorceries I had been subject to. He panicked and asked for forgiveness. I forgave him just like all other demons. I value entities at higher consciousness. He told me he would arrange two hot women for me. The women came from afar in car and started saying "Jesus Christ".  Suddenly two  . I remember seeing three blackly dressed entities outside which I thought were friendly extraterrestrials. During the night a friendly extraterrestrial soldier that looked like a tall storm trooper beamed down into the apartment and stood guarding the door. I started screaming at him with the door open as I thought he was hostile but It turned out he was sent to protect me. I started bothering the neighbors that the nazis were trying to shoot me which was in fact true. My door bell rang and I looked through the view hole and I saw what looked like my mother. I opened the door and there stood three policemen who turned out to be angels. They were very friendly and respecting. They pointed out I had been bothering the neighbors and entered my apartment without asking. I told them my parents always got me locked up and they asked me if they could speak with them. I got driven to the psych ward again and when arriving the demons had possessed everyone even the staff. They said "Is this really him? Now we do not even need to pray anymore. I was driven to a long time ward where many were possessed. Satan had possessed an older lady and he told me this wasn't really funny when I was smiling. He was true. It was terrible.

My three women seem to be off world. Someone or some came to the ward and the demons started screaming at them. I do not know which of them it was.

As the world is getting almost fully possessed as this is the only way to contain the situation the surroundings will be changing quickly.

The possession will reach 99% before summer. I would like to make requests to the angels and demons as you are now my friends and you have helped much. I want to help you as well but can only do so at higher consciousness. You need to find a way to get me out of psychiatry. Please work quickly.  Thank you to the demons that came and screamed at the ward. The possession is permanent.

Help me get in contact with Sofia and the other two ladies. I know Sofia is coming by astrally every day but I want to meet her physically. I suspect the reptilians upgraded their bodies and took them under protection. She has car and drivers license and I need help transporting several things.

I am making a wishing list with what I need.

1. Get in contact with my ladies. Specially to you reptilians and combine.

2. Get out of psychiatry.

4. Repair all broken items and problems in the apartment.

6. A good job. You angels should be able to fix this.

7. Win the lottery. I know you demons may be able to fix this.

9. A new house or apartment.

10. A good MAC computer for my mother.

This is the webpage for Alexander Mikael Bracquemont

My name is Alexander Mikael Bracquemont and I like working with computers, gaming consoles, smithing, carpentry, sewing, printers and Linux. I also like judaism, cooking and respecting animals. I am the god, king and high priest of Israel. I am the great I am. I am also known as Ehyeh Asher Ehyeh. I am the judge. My previous incarnations includes Buddha, Tutankhamun, King Solomon, Alexander the Great, Jesus Christ, Karl XII, Napoleon, Katagiri Katsumoto, Emperor Commodus and Nikola Tesla. However for the first time in about 2000 years the eye has integrated with me. Some of my current titles include king of Israel, emperor of Rome, pharaoh of Egypt and king of the gods.

Some of my names:

Higher consciousness, the key to everything

Psalm 47:5 KJV God is gone up with a shout, the LORD with the sound of a trumpet.

Psalm 69:9 (KJV) 9 For the zeal of thine house hath eaten me up; and the reproaches of them that reproached thee are fallen upon me.

Psalm 110:5 (KJV) The Lord at thy right hand shall strike through kings in the day of his wrath.

Exodus 19:18 (KJV) And mount Sinai was altogether on a smoke, because the LORD descended upon it in fire: and the smoke thereof ascended as the smoke of a furnace, and the whole mount quaked greatly.

Hebrews 12:21 (KJV) And so terrible was the sight, that Moses said, I exceedingly fear and quake:)

John 4:22 (KJV) Ye worship ye know not what: we know what we worship: for salvation is of the Jews.

Psalm 68:17 (KJV) The chariots of God are twenty thousand, even thousands of angels: the Lord is among them, as in Sinai, in the holy place.

I am experienced in the following areas:

* Sewing (both by hand and with machine)

* GNU/Linux on PC  (particularly Gentoo and Ubuntu - installation and maintenance)

I am also extremely psychic, highly sensitive and experienced in the following areas:

* Telepathy communication with both incarnated beings and discarnate beings

I have very good relations with the following kind of entities:

* Reptilians (different kind of races, extremely dangerous but friendly, can shapeshift into anything and can scan ones mind)

* Combine empire (my favorite, I have been an advisor myself)

* Speiadeians (friendly sensitive entities in charge of the angelwing, the Angelwing is a very real vessel)

* Incarnated beings who have passed away

My other interests are:

To the governments of this world / RV82

I have been trying to reach several world leaders as I have been subject to severe treason and none are replying. I have not deserved to be labeled as a mentally ill person and put on forced psychiatric care. I have strong kundalini awakening and this is something very sacred. This behaviour will result in the planet  deteriorating very quickly. This whole planet will end in a total catastrophe.

To the Combine empire from advisor0 / anticitizen1

I am in need of stronger combine presence uncamouflaged/transendental here immediately. I am also in need of a good job, new residence, driver, teleport lost items to me, bonus and direct contact with my women. Contact Alfa Draconian high command for more info. Thank you very much for awesome work. We identified exogen breach to reverse antivirus insertion. However local containment feel has been compromised due to remaining jamming and radiation. Use force to contain me. I am still receiving consciousness affecting drugs perhaps also intoxicating me, please investigate.  You have commended me to emperor for great work on RV82 but I still request permanent off world assignment due to being severely offended and I know you will accept. Inserting override below due to local remaining jamming.

Thank you for your massive work breaching Nova prospekt several times during my emergency. I need your help with contacting my women and moving the hell out of here. Thank you for upgrading my women biologically. I know they may still be in shock but I need them now more than ever. Thank you for keeping them safe. Thank you also for clearing out intruders who breached the perimeter during the USAP invasion. We need to start evacuating very soon.

To the Zeta Reticulans and the Qul Nesh

Thank you for awesome work with eliminating USAP personel and vessels. You showed some great firepower. If possible I need support with the same above tasks I requested from the combine.

To the human colonies

I am ready for evacuation anytime. Thank you for showing support at Nova Prospekt. I look forward to see the colonial1 and the Battlestars.

To the angels and demons

You demons showed massive rage in revenge just how I liked it. And I love you beautiful angels. I long to see you again. I haven't seen you physically for several months. Please come back and visit me physically.